Near the end of July in 2021, Giselle and I got together with good friends Doug and Kathy Wilkins for a two night trip over to Vancouver Island and then return back down the Sunshine Coast.  We didn’t take a lot of pictures, but had a great time!  Here is my story…..

Day one saw us riding over to the ferry terminal mid afternoon and heading over to Victoria where we planned to visit a bit and stay the night.  There was a ton of bikes on the ferry – all from Quebec on a cross Canada tour.  We did a walking tour of Victoria and found an awesome little hole-in-the-wall Mexican Restaurant – La Fiesta Cafe. 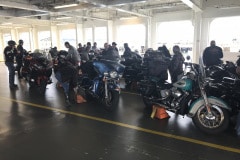 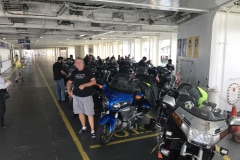 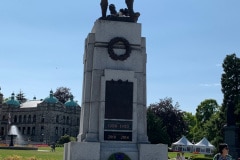 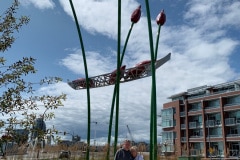 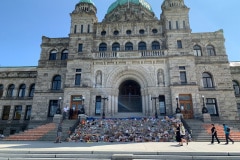 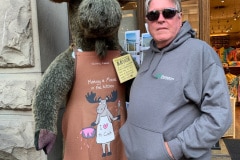 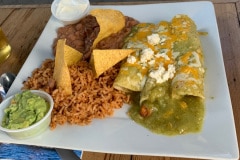 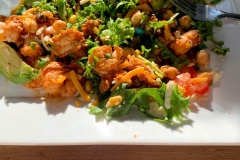 The next morning we got up early and headed out towards Sooke.  While fueling up, a local advised us of a neat place to stop for breakfast in a small town just up the highway – Shirley Delicious.  We ventured out and found the place just off the highway in the community of Shirley.  An eclectic little coffee shop with fresh pastries and coffee – the breakfast sandwiches were surely delicious! We forgot to take pictures…

After breakfast, we headed out towards Port Renfrew and the west coast of Vancouver Island.  There was a layer of fog over the water, so we couldn’t see the ocean.  The road was quite rough with lots of small whoop de do’s that almost bucked Giselle off the back…. 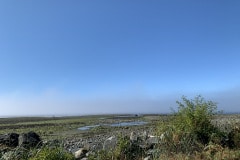 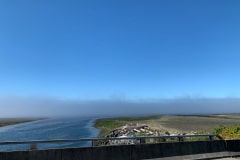 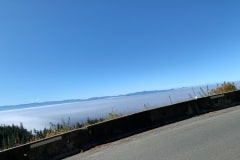 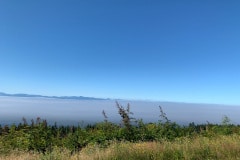 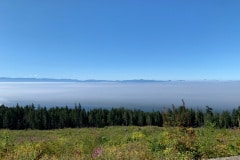 The road from Port Renfrew up through the mountains to Lake Cowichan is a paved logging road.  Generally there is no centreline, but the going is actually really smooth!  We realized we weren’t going to make the ferry from Comox to Powell River in time, so we didn’t bother to stop for any photo ops and once we got to Duncan, we headed straight up the Island Highway to Courtenay and then over to Comox and the ferry terminal.  We made it with only a few minutes to spare. 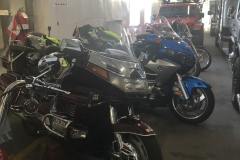 We checked into our motel in Powell River – the Marine Inn –  The place is a bit worn out but was the only motel in town with rooms available. Once we were settled in, we wandered around looking for a nice place to eat.  We stumbled on the Coastal Cookery on the main drag in town.  The food and service was great, as well as the view from the covered patio…. 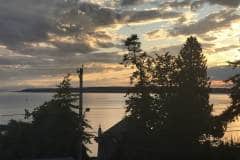 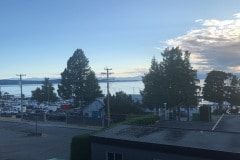 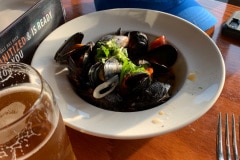 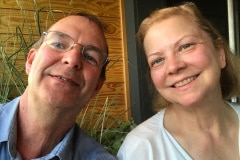 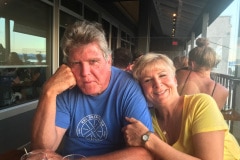 The next morning, Giselle found a small coffee shop out by the airport that served breakfast.  We rode up to check it out…Julies Airport Cafe.  I googled it and it looks like the website is no longer available, but it is well worth the visit.  The atmosphere was friendly and the food was great.  Even Doug liked it… 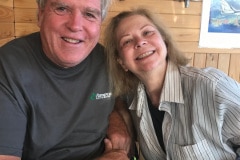 After breakfast we headed down the highway towards the ferry terminal at Saltery Bay.  We caught the ferry and enjoyed the views on the way to Earls Cove.  The next stretch of highway is one of the twistiest stretches of road on the entire coast to Madiera Park and then Sechelt.  We stopped in Sechelt for a break and to enjoy the view on the beach. 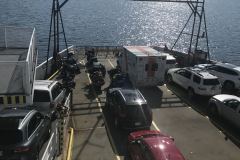 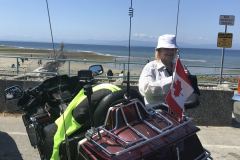 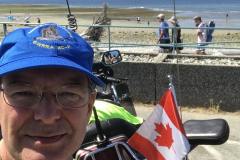 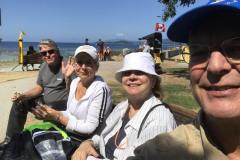 After the break, we headed to Gibson’s and spent some time with an old friend and fellow GWRRA member, Ryan, before catching the ferry home.  here is a Relive video of the entire weekend ride….