After attending a seminar at the Ducati / BMW dealer in Vancouver in May, I decided to sign up for one of their sponsored Iron Butt Association rides.  My plan was to do it two up with Giselle and some other riding friends.  While at the seminar, I met Mike Hoonjan, one of the members of the Legendary Sikh Riders.  He was on a Gold Wing as well, so we chatted a bit and I signed him up to become the newest member of my Gold Wing Chapter!

The plan was to depart from the dealership at 3:00 am on the 22nd of June – the longest day of the year – and ride to Banff, Alberta, and back in 24 hours or less.  The official ride title with the Iron Butt Association is the Whitebark 1600 Saddle Sore.  We nicknamed it Banff for a Bun.  All we had to do was ride to the Whitebark Cafe in Banff, buy a bun and take a selfie and send it back to the organizer, then ride back to Vancouver and turn in the bun receipt – all in under 24 hours.

I talked another couple into joining us – Doug and Cathy Wilkins, and Doug Bowers, another riding friend.  The rest is history! 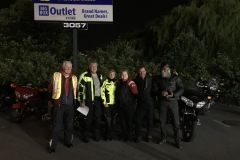 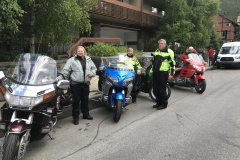 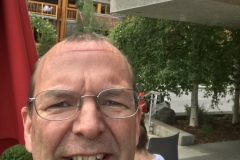 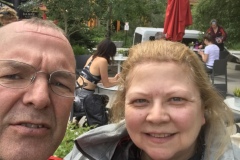 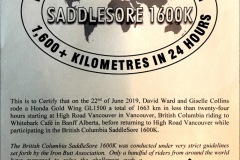 We completed the ride in just over 21 hours.  We encountered rain, lots of it, and construction.  We rode straight through to Banff with stops in Hope, Kamloops, Revelstoke, and Golden for fuel.  After arriving in Banff, we headed back the same route.  We stopped in Kamloops on the way up for breakfast, and then on the way back we pulled into Revelstoke for an early dinner.  It rained on us in Golden, and absolutely poured in Revelstoke on the way back.  It was a grueling ride, but we all completed the Iron Butt challenge!