I picked up my bike from the Honda shop on Saturday.  It has been undergoing some minor repairs from a small accident I was involved in back in June!  While they were at it, I got it serviced and ready for spring riding.

Back in June, I was sideswiped by a driver as he swerved to go around a bus that was stopping.  He failed to look behind and beside him and just changed lanes.  Luckily, I was able to keep the bike up, but not after inflicting serious damage to his poor car…. 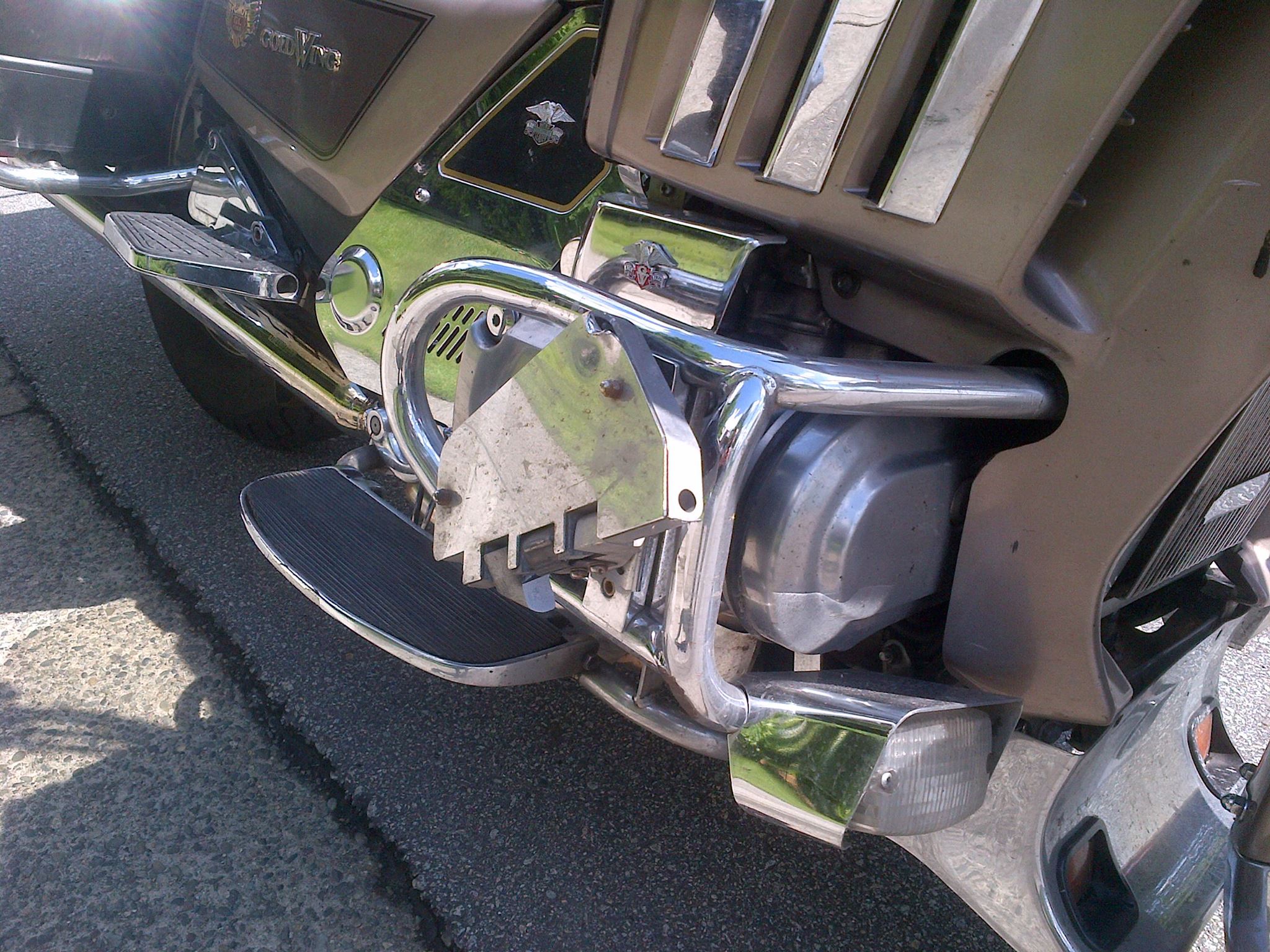 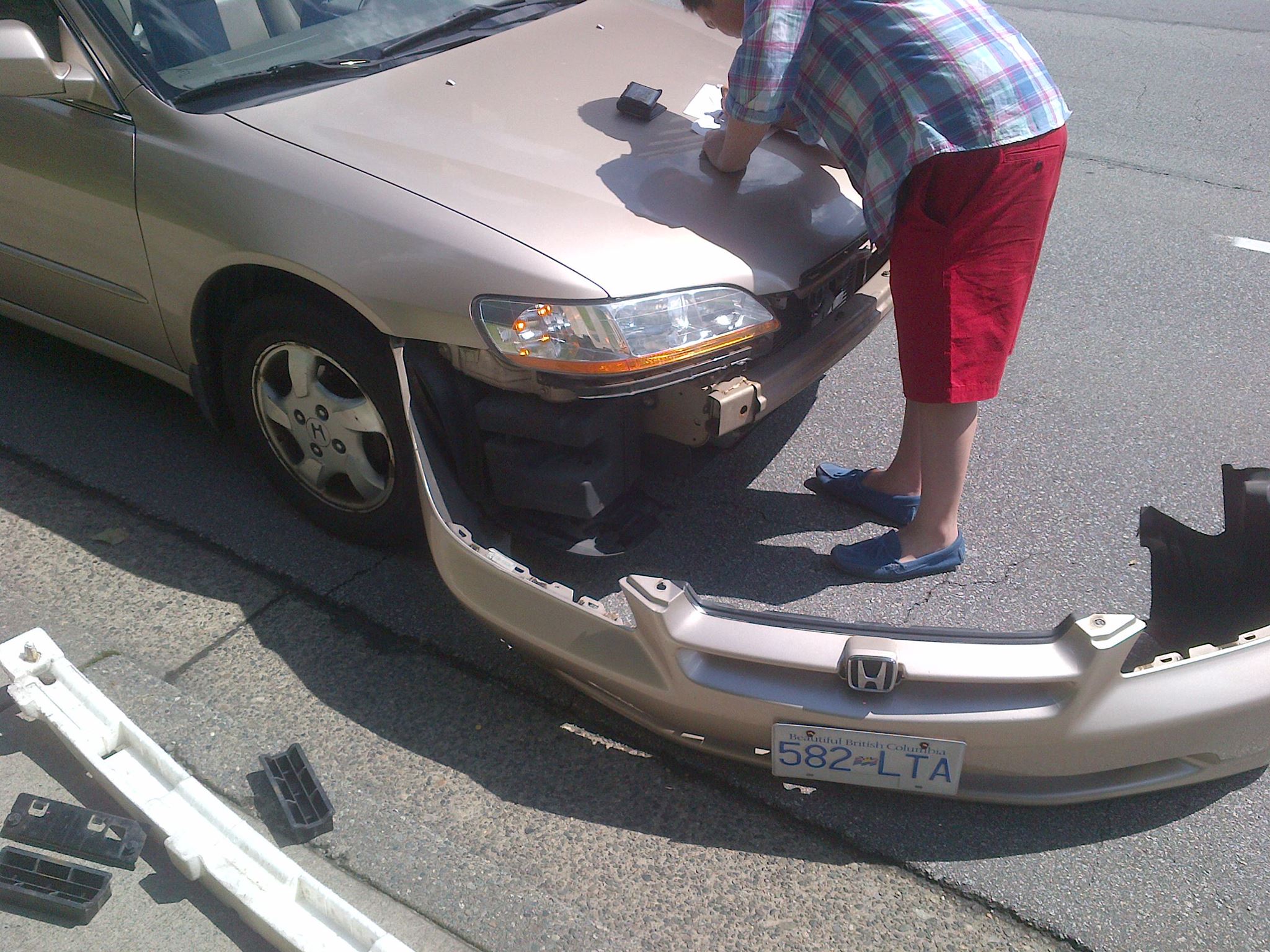 I got a new left footrest, the chrome was all straightened, and the left cargo box was repaired – it sustained a large crack.  The LED’s were not able to be fixed and they are so old that no replacements could be found.  I guess I will have to settle for some cash from ICBC to replace them all so that they all match….