Day three of our ride started out just after midnight when we unloaded from the ferry in pouring rain and headed to our motel – The Moby Dick Inn.  Luckily for us, they had a few spots of covered parking so the bikes could stay dry.  The next morning started with a bit of an omen of sorts.  I woke up and peered out the window and right across the street was a store called Slickers.  They sold rain gear….. 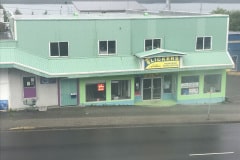 We packed up and headed down for a nice breakfast in the restaurant attached to the motel.  After breakfast we loaded the bikes, donned our rain gear and started out on our day.  It rained steadily until we got over the pass and started following the Skeena River towards Terrace.  The views were spectacular. 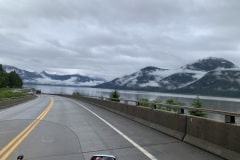 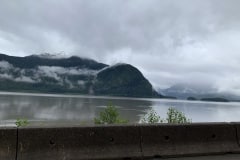 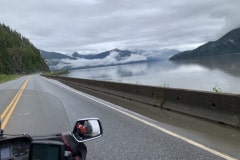 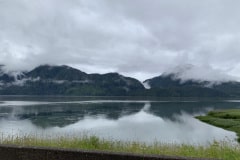 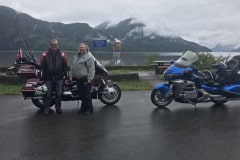 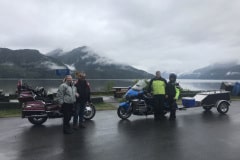 The rain stopped somewhere along the way and we had fairly dry weather the rest of the day.  We stopped in Terrace to have a short visit with my cousin Dan Fisher before fueling up and heading towards Kitwanga – the turnoff to Alaska and the beginning of the Cassiar Highway.  We stopped along the way to take a few pictures here and there. 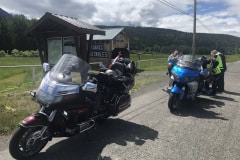 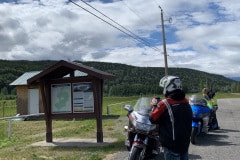 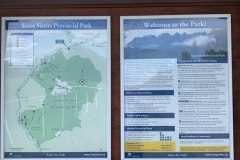 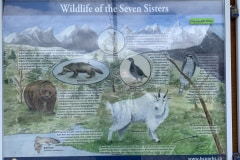 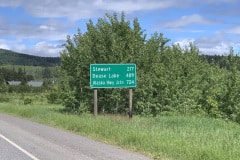 We were very disappointed to see that the iconic sign at the junction was no longer there.  The one I took a picture of every time I passed it over the years…This one is from our trip in 2020 when we got rained out on the way to Prince George from Terrace. 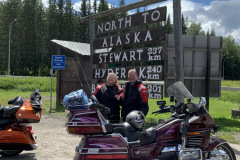 Our next stop was Meziadin Junction where we needed to fuel up before the last stretch into Stewart.  We didn’t take many pictures along this stretch of highway, but it was basically a twisty, hilly road along the Nass River.  The mosquitos at the gas station were somewhat ferocious.  The women kept their gear zipped up tight and closed their visors to try to keep them at bay while we refueled.  The road into Stewart is nothing but spectacular.  We stopped at the summit to get some pictures of the glacier. 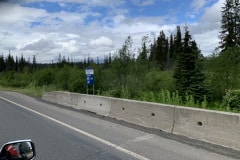 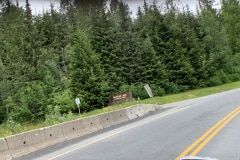 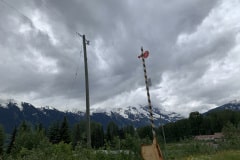 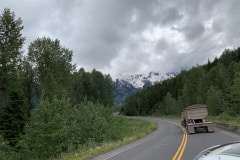 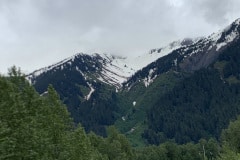 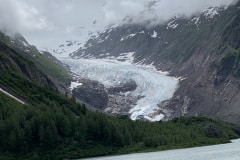 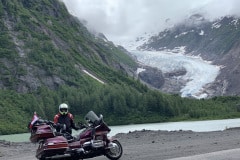 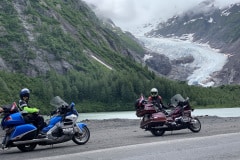 After checking in to our Air BnB is Stewart, we had some time on our hands and headed over to Hyder, Alaska.  There was no border guard on the US side and we rode right in without stopping.  Hyder has been hit hard by COVID!  Nothing was open and the town looked deserted.  The famous bar where you can get Hyderized was closed.  We turned around and headed back to Stewart.  We were stopped at the border and asked for our ArriveCan app and documents, and were questioned by the border patrol.  We were literally in Hyder for all of 2 minutes, they saw us go by and turn around, but still had to ask if we were bringing in weapons, alcohol, drugs, etc, etc……They must be pretty bored with their job!  Oh – these grizzlies were playing in the grass along the road back to Stewart…. 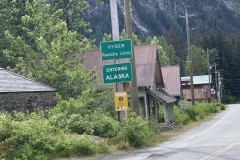 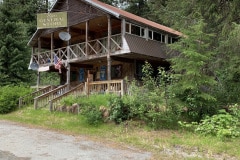 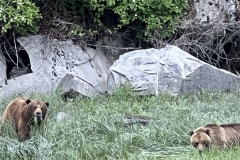 We rode back into town and stopped at the only restaurant we could find – the King Edward Motel had a coffee shop just across the street.  We wandered in and ran into several of our friends we made on the ferry run up from Port Hardy.  They were heading up to Alaska from Utah on their Gold Wings.  We chatted a bunch, shared some stories and had an enjoyable meal.  We then headed back to our home for the night.