Day 2 of our 2022 adventure consisted of 16 hours aboard the BC Ferry’s Northern Expedition.  We booked a cabin and paid extra for the lounge seats.  It was an excellent choice, despite the cost.

The loading procedure was not very well organized.  We were advised to be there 1.5 hrs before departure (7:30AM) so we arrived at 5:30 just to be sure.  We met a lot of other motorcyclists in the parking lot, most of whom were heading much further north than ourselves.  We would run into several of them in the upcoming days.  After two hours of hanging around in the parking lot, we started the boarding process.  The bikes were all loaded last as there was a lot of room at the back for us to tie down our bikes with the straps provided.  This was to keep the bikes from falling over should we hit some rough seas. 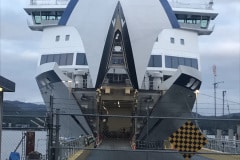 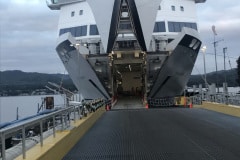 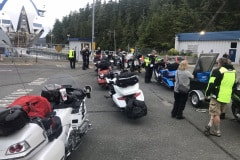 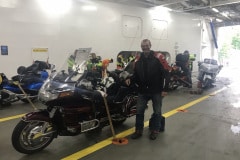 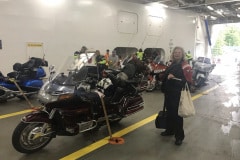 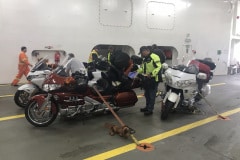 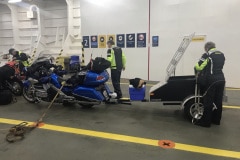 Once we were all tied down, we headed up to the main deck to locate our cabin and have a look around the ship.  Our cabin was quite small with two single beds, a closet and a bathroom/shower.  I guess it is all that is really needed for a short trip.  The viewing lounge was spacious and quiet, with assigned seats for everybody that purchased them.  We had front row with a nice view over the bow. 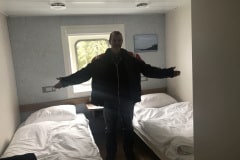 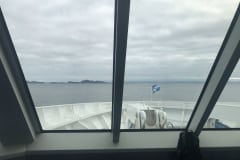 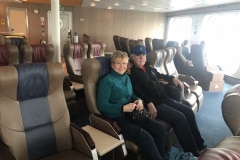 We spent the next 16 hours aboard taking turns sleeping, watching for whales, and just enjoying the scenery.  We had several meals in the cafeteria as the dining lounge was closed due to staff shortages, so we were stuck with the traditional White Spot food that is available on most BC Ferries fleet.  We saw one Disney cruise ship go by the other way, but not much other traffic other than the occasional tug boat. 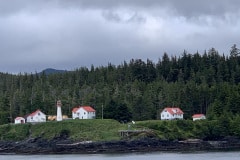 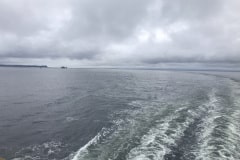 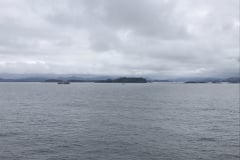 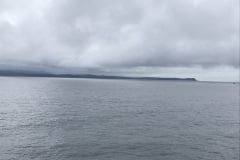 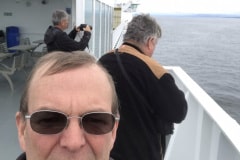 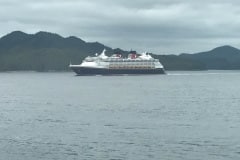 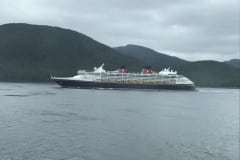 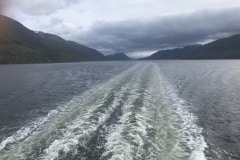 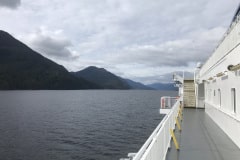 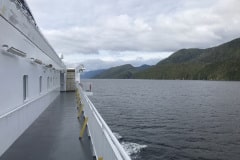 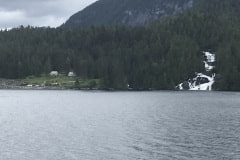 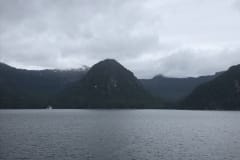